I own almost every Wow model but I have also bought a lot of planes made by other companies. I thought I should write a little mini review about them for you guys interested in getting something else than the rather few we gotten yet. I have ordered some SRAM Resin 1/144 also, they are supposed to be exact replicas (they sure costs a lot at least) and have the really rare planes, I will write something about them when I have them (I can't wait for my Fokker DVI, albatross CX and Caparoni Ca33).

First the Wow planes. You have all seen them, they look rather good and have often nice paintjobs. They also have all the cards you need and stand + 4 altitude pins.

+: No work, just take them out of the box and start playing. Generally looks fine. Easy to find, most sores have them.

-: The selection of planes is not that good and sometimes a bit odd. Some of the smaller details (like struts, landing gear and so on) are way too large or in some cases missing, like the strut under the tail of the Dr1. The planes are also focused on aces planes and often don't they have a standard plane (like the blue Roland is).

My judgment: Buy up to four planes, one of each paintings. If you need more than 4 it is probably better to get some Reviresco also.

Red eagle : These planes are made for games, they are not exact models and while some looks like they should are there others with strange features on.

+: Really cheap, decals are included in the price. Fighter planes are often rather easy to build as long as you use the right glue (Loc-tites super gel is the best). Large selection of planes, If you buy 2 or 3 of each you will be able to play the entire war (or at least the parts that mattered) for a cheap sum.

-: Often incorrect. Sometimes are they badly made and you will spend a lot of time and work to have them look good. Have the least details.

Price: £4 (from Skytrex). Shipping however is rather expensive but about the same if you buy many planes so buy a bunch. Heavy bombers costs more.

My judgment: Buy the planes that Wow and Reviresco misses. Also a good choice for the person with a lot of spare time and limited budget. The bombers generally looks better but are rather tough to assemble.

Reveresco: These models looks very good. The detail level is a lot better than both RE and Wow. They are however a bit more work to assemble. You can get nice decals to use instead of painting if you want to.

+: Looks very good once assembled. Have different planes from the others, like Sopwith Dolphin and Pfalz DXII. You get a lot for your money. The decals are top class.

-: Some models don't include struts so you have to use piano wire (with purpose). Sometimes you don't get a pilot, other times you get 2. Decals are not included and have to be bought seperate. Rather limited choices of planes.

My judgment: Dang, these planes looks really nice if you spend a little work on them.

All of these models are like the Wow planes made for gaming even though you want to be a little more careful with them. They are not very fragile and hold up well for gaming with but you'll need a good way to carry them with. They will take more punishment if you change out the pewter struts against piano-wire.

My advice is that you buy the Wow planes first, gets the Reveresco second and fill those out with Skytrex. If you only play 1917 you can do ok with the Wow planes (you still want a sopwith Triplane, a Halberstadt CLII and possibly an Ansaldo, not to mention a few bombers) but when you start playing 1918 or 1916 you really need to get some more planes. And more planes adds to the fun

You just can't have too many planes (yes, I am somewhat fanatic).

I will add some pictures when I have the time for it.

Thanks for the comparison. I look forward to your pictures.

Ok, picture time. Unfortunatly do I need a new camera, my current is bad to take pictures of small stuff but lets try with what I have right now: 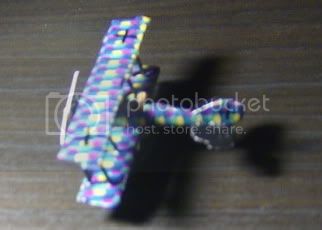 This is a Reviresco Pfalz DXII (with Reverescos Lozenge camo). 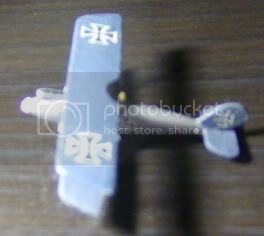 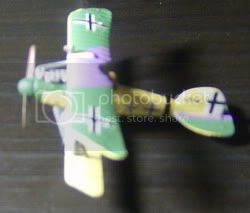 Wows Albatross DIII, not one of the better Wow planes. 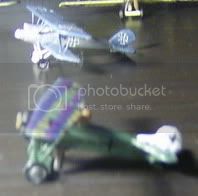 Red eagles Fokker DrI, doesn't look that good. To be honest isn't Wows that much better either. I don't have the Reviresco plane but the EV got a very similar body and it is a lot better than the 2 others. 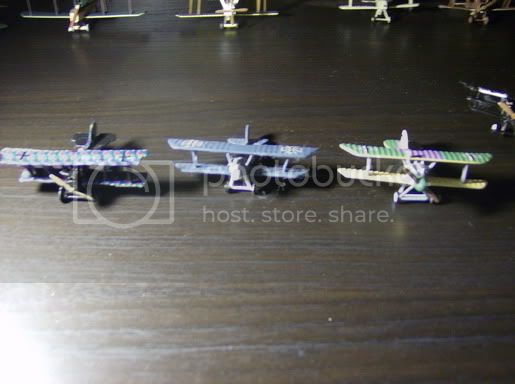 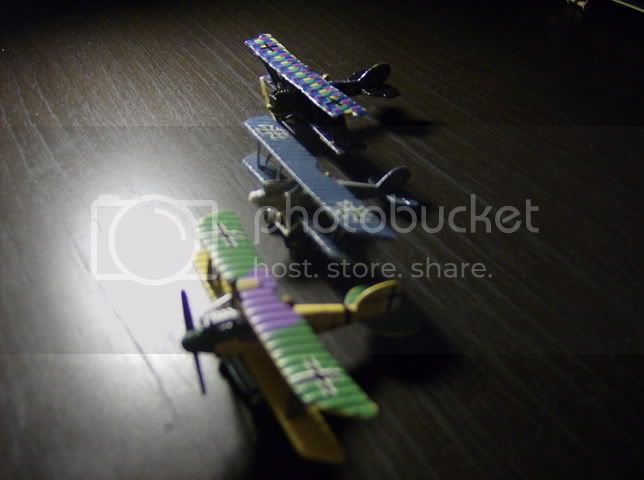 This is the huge picture where you can see all the planes, it was to big to paste in here so click on the link to see it.

Thanks for the advice. I bought my first game today and I really want to play the game with someone. I played against myself to get the mechanics of the game and I found it to be very easy. After reading the rules I thought the flow would be slow, but the game goes fast!

I like the wow models, but the ones I want are not in the store. The catalog is also out of stock. So I guess my choices are the popular ones. I'm the kind of person who likes to buy and play. I don't build them; I fly them. Any advice on how to find or start a group fo players?

Thanks for that. Even for an old hand like me, it was very informative, as I have not used Reviresco, it being over the pond. I may have to revise my thinking after reading this. I am getting tired of waiting for the next offering from W.O.W. Hell the war will be over before we get half the aircraft we need !

Well. Wow do make nice models in most cases (Not the DrI and Albatross DIII however) but at least my campaign needs a lot of different planes, we have a system for deciding who gets the next new plane and so on... And the game gets so much interesting with more planes, particularly if you play 1916 or want heavy bombers.

Most players also custom paint their own planes which otherwise is one of the best thing with the Wow models, but there is just so many versions of each plane and no one wants to fly the same. Some players paint their planes after famous pilots or by mixing 2 of them together, a few paints them the way they want themselves.

Playing with cardboard figures just wont do it.

I hope to get my custom ordered Resin models any day now (It is over 2 months since I ordered them) and will post pictures and info about them when I get them.

As for getting new players, there are some good ways: Gaming conventions is a good way to find them, we also have been putting up notes in hobby stores and worked hard to get our friends to try the game. You can also make a post on this and similar forums asking for players close to you, almost all players seems to think "the more the merrier" and prefer larger games.