We stand on the threshold of a New Beginning. In Order to ensure our security and continuing stability, our beloved Gaming Forums will be reorganized into the FFG NEW ORDER**, for a safe and secure Gaming Society !!!
Hi all. My name is Noel.
I have been a gamer since 1980, I have exceedingly fortunate to have been able to edit and later contribute to Star Wars since my days at West End Games for the very first Star Wars Role Playing Game and later at Decipher for the first Star Wars Collectible Card Game. I have been lucky enough to Canonically name Imperial Officers & three Star Destroyers of Vader’s Death Squadron, to have written dialogue for The Old Republic MMO, and even help the final edit of Aurebesh for Coke products at Disney (don’t judge me for the last one!).
I am but a very small, small cog in the wheel in the Fandom we all share that is Star War.
With the news of the forums will be calling it off, I must say it’s rather disheartening. It’s happened to me several times, like when West End Games and Decipher*** closed shop.
While I would love and be the first to applaud should FFG to reconsider the forum close, that’s probably less likely as finding a nude beach on Hoth. I do not have the tech know how to start a new dedicated web site from scratch. And my BIGGEST worry is if we all start creating our own sites is we fracture our gaming forum Empire like the events after Return of the Jedi. ****
Do I have a solution? No, at least not a full proof one. Some kind folks have suggested FaceBook or Board Game Geek. I’m sure that’s fair choices. And I am up for others. In the meantime, I have set up shop for all of you who care to join
https://www.reddit.com/r/The_FFG_New_Order
at at The FFG New Order** and I very much NEED your help.
Again I lack technical know how and I am currently with family till this week.
I will be more free after February 2.
I really am asking for help. We need Mods and people better than I. In May of last year I created two other none Star Wars Forums and each have grown to over 46K and 20K followers in seven months.*****
Please send me a Whatsap message on 1 646 246 7646 if you want to help moderate. Again my tech skills are as refined a Jawa’s (terrible) taste palate.
**The name “(The Emperor’s) New Order” in not alluding to the Sequel Trilogy’s First Order. Rather it is a name and conceptual idea taken from the 1977 Novelization of Star Wars and later expanded upon by various authors.

***Why yes I did blow up Echo Base on Hoth with the Death Star I, only to have Wedge and YODA blow up my Death Star on a trench run in a Cheesed our Y-Wing in a game tournament. **** Rebel Propaganda !!!!

The Empire is Victorious on ALL fronts !!!

*****My posts will ONLY be Star Wars on the above thread.

Sent from my i Palantír

@Silver_leader if you would like to Moderate please let me know. 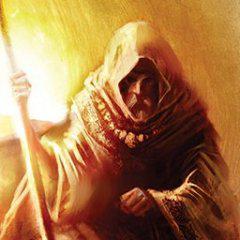 @Imperial Advisor Arem Heshvaun I don't have time for that in my personal life. Thanks for the offer, but I have to decline.

No worries come by when you can sir.

And on my word as an Imperial, Moding takes about 5 mins, twice a day sir.