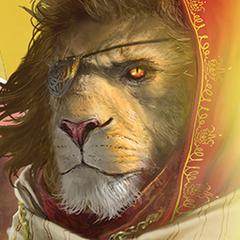 Hello! Need help on the tactic card Game of Power. Which player gets the title? The attacker or any player?

If you have Game of Power, and an opponent takes one of your areas, you can play Game of Power. Then, you can take ANY title card in the game no matter which player currently holds that title. You could choose the attacker that took your area, or a different player.

The drawback to this card is that unlike acquiring a Title through the Acquire Power order card, you cannot add influence to the card to keep others from taking it back, so tje next time a player uses Acquire Power, they can take that Title away from you for only 1 influence. If you are Latari, you keep whatever influence was on the Title card you took, so it's safer from getting stolen. Either way, this card is great for removing a Title card from a player who has a lot of influnce on the card, preventing others from taking it away.

I could see a situation where a losing player convinces another losing player to take his weak area so that he can use this card to take a Title from the player in the lead. That would be a pretty desperate situation, though.

Thanks for the answer!