I have yet to formally introduce myself - for cyberspaces' sake, names' Urliam. And I would like to talk to you about Adventure.

Most veteran players are familiar with the renown epitomes of sophistication and design called "Twilight Impreium", "A Game of Thrones" and (if I may) "Through the Ages".

Those same players are, most likely, also familiar with their would-be counterparts on the other side of the Board-Gaming arc. I speak, of course, of Adventure Board Games.

Yes, yes... these mildly entertaining, somewhat repetitive, yet annoyingly addictive games such as "Talisman" and "Descent". These games offer a fast, easy to digest, let's-get-it-going sort of fun a few friends could enjoy at an easy afternoon. But here rises a rather curious point: These games, these... Achievements, appear somewhat lacking when forced to confront the major achievements of the Strategy Boardgaming design productions previously mentioned (and others not mentioned).

I mean not, of course, to pass any foul judgment on these wonderful products of endless entertainment. I played my first game of Talisman at age 6 and am not the least surprised at how it has remained such a strong presence in Board Gaming all these years.

No, What I rather mean to say is... That there has yet to come to being an adventure game of Epic proportions such as strategic board-gaming offers. World of Warcraft? while brilliantly done and highly entertaining - it tends to lose flavor after just a few games, and offers little in terms of Freelance Adventuring. Runebound? perhaps the closest thing to the mark, if you add all of the expansions together, but that's quite an expense - and still lacking in free will.

Perhaps I should better define my definition of "Epic" in the boardgaming sense. In many way, an Epic adventure game IS your average tabletop pen-and-paper RPG. A game which allows you to consider multiple angles and define your own objectives and act either singularly or with a group. A game that offers you the ability to commit any act you can envision, while having the game respond to your action accordingly and in a sensible manner. A game where you more control on the outcome than the roll of the dice.

Certainly, this is no menial task. After all, what I have defined here IS your everyday roleplaying game. However, there is a fair distinction:

A Role Playing game would last for days, weeks, months and possibly years continuously. It will offer no real visible endgame agenda and no clear definition of "victory" other than what each player defines for himself. Lastly, It requires one player to actually sacrifice much of his free time and actual playing experience so he may (excuse my french) "Dungeon Master" it and describe the outcome of every action made by players openweb.vip/whatsapp-web/ https://19216801.onl/ routerlogin.uno/ .

An adventure board game would last several hours at most, describe tangible possible victory conditions and will determine dynamically the result of each players' action throught the game through its' mechanics.

I wish for a boardgame that would offer the liberating experience of freelance adventuring, in a wide-scale open world, fully dynamic and never similarly replayed. A game that is prepared to comply with nearly any wild whim your plastic character may possess and attempt to claim with it's particular set of skills. A living world, where the players are not always the core of everyday happenings - but where merchants, nobles, rivaling kings, insedious thieves and other adventurers shape the world constantly, and only characters who commit themselves to a certain aspect of the world (be it economics, crime, nobility, clergy or the arcane) can affect it directly.

Yet, with all this staggering depth and width - a game that will only require a part of a casual players' day. Where instead of fully realizing the game in all of it's aspect in but a few tries... He would have to come back to it a thousand times more. And each time, would be 100% different from the last, only the rules stay the same.

And, most importantly, a game where you as much control as possible over the definition and abilities of your own character.

Perhaps I have somewhat exceeded in my little list of demands here. Even the mighty Twilight Imperium doesn't fill any of these strategy-counterpart requirements. But as they say, if you aim at the stars - you'll reach the sky.

It is about time a truely epic and unmatched boardgame adventuring experience has presented itself. 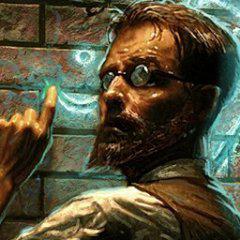 With the LOTR: Journeys... did you find it finnally?