I'm not unexcited but... 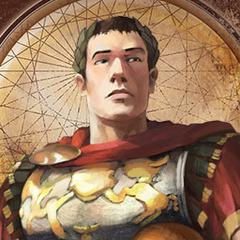 Me personally, I think I would have preferred an actual Game of Thrones themed Catan, with combat rules and the players take the roles of the great houses and Brotherhood of the Watch could have been an expansion or something, but the idea of just playing as the Night's Watch as is the case with this specific game, isn't really that appealing to me.

But I do hope this might just be the start of a new line of Game of Thrones: Catan series, I doubt it, but here's hoping.

I, for one, welcome our new Catan Commanders. (Albeit with less than fanboyish overreaction.)

I, for one, welcome our new Catan Commanders. (Albeit with less than fanboyish overreaction.)

I think it could work, you'd have the GoT board game for those you want a purist "War of the Five Kings" experience and Catan: GoT could stay as that entry level gateway game but with a little something that regular Catan is missing.

I'm actually imagining it being like a Big Box edition of Catan, with the expansions already integrated and themed around GoT, throw in some custom great house pieces for each player and boom...no more Chinese laundry.

I think the excitement could be to go through the changing in the games ... that would be impressive.. 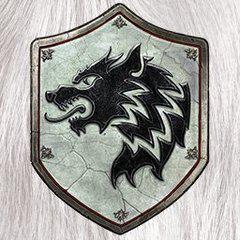 When is the release date?

$80 is a lot more than normal Cataan... I wonder how much more is in the box?

Based on the latest preview article, it sounds a lot like Star Trek Catan. As in, some of the character card abilities are the same.

I went to the Spiel convention in Essen, Germany, where it was on pre-sale. Bought it, took it home, played it, loved it.

Basically, it playes like Catan, where you simply build settlements and keeps (villages and cities). You roll dice to determine which resources everybody gets, and there even is a special Wildling, Thormund, as the robber. You can play the gme as such, when just learning the basics of Catan. However,

In the box you will also find four wall sections, watchmen for each player, and a big amount of Wildlings (climbers, giants, and basic Wildlings). With a D12 included in the game, and random tiles that you must play when you build settlements, keeps, or gain control of the two special cards (longest road and largest patrol), you have Wildlings migrate from the Frostfangs into camps near the Wall, and they might even reach the Wall in random spots. Giants pick watchmen from the Wall and take them back to the Frostfangs (probably eating them or some such), Climbers just get across the Wall and block resource tiles behind the Wall like the robber does. Basic Wildlings wait until they are in the majority, then breach the wall, killing one Watchman, and spilling forth behind the Wall in a line as long as there are Wildlings breaching. Again, these block resource tiles like the robber does. In the basic game the better numbered chits ly near the Wall, but these will also be the first to be blocked by Climbers or Wall breaches. Also, three breaches, and the game ends, so people are also encouraged to spend resources to build Watchmen and guard the Wall. And then there are the heroes to help you. Like Catan Heroes, and Star Trek Catan crew, they add a special ability for you to use once, or twice after which you must discard them and pick another, such as being bale to cherry-pick a resource if you didn't get any from a resource roll (except 7).

To my opinion, it is a fun scenario-like addition to Catan. The board frame is lovely, the miniatures greatly detailed, the extra rules worth a shot. To us, it really did add tension when the Wildlings started to accumulate at the base of the Wall. In our first game, I tended to hug the Wall, but I was also the first one to suffer from the climbers and a Wall breach. That limited my options somewhat, but I had a head start by also having the better resource number chits under my control. The game tends to start like regular Catan, as there are hardly any Wildlings at first, but when people start to build settlements and keeps, they really start to come in fast.

Like any good Catan game with a twist, there are a couple of suggestions to make life easier, or harder. Simple stuff, like not using the heroes, or increasing or decreasing the number of victory points needed, but also randomising the tile lay-out.

One minor gripe: the build cost card has a misprint. It says "Keep" where it was supposed to say "Watcher on the Wall" or something like that. A bit sloppy, but other than that a worthy addition to our games collection.

I went to the Spiel convention in Essen, Germany, where it was on pre-sale. Bought it, took it home, played it, loved it.


How similar to "the real" Catan is the game? I've thought about getting Catan as a gateway game for non-gamer friends and family, as Catan is quite simple but not Monopoly.
But I might get this game instead, but as I want it specifically to play with non-gamers, I want the it to be relatively close to actual Catan.

It's simple. Except for the hexagon lay-out of the base game, GOT-Catan has more of a rectangle (due to the shape of the frame). All else is practically equal to the base game of Catan. You gather wood, grain, stone, brick and sheep, you build settlements and keeps (villages and cities), and thus score victory points. Rolling a '7' total brings out the robber, who blocks resource generation. One can use the contents of this box to play the base game, though there are a few (superficial) differences. I do think there is one less road for each of the four players, and there is no desert tile for the middle, when you ignore the frame and build the game area as a more clasic hexagon. Also, there are no generic harbours for a 3:1 trade opportunity, as GOT-Catan assumes you use the frame, and then all tiles are landlocked. You can, however, use five markers which are supplied in the box for a trade route, one for each type of resource, and trade that resource 2:1. like resource harbours in the base game.

An then you just have a whole bunch of extra stuff to use, such as guards, walls, wildlings, and wall breaches.

In short, it is quite similar, though there are a couple of small differences due to the thematic changes affecting box contents. But when you play basic Catan, you only need to learn the extra, thematic, rules from this set, and you can learn most standard rules from this set for basic Catan.

So there are misprints on the cards, and there are 14 roads per player in the game, but it says there are supposed to be 15 (misprinted rules and box, maybe). Quite a few people have contacted customer service (according to a forum about this on Board Game Geek), and the reply from Fantasy Flight is

"Thank you for contacting us with your concerns. We are aware of this misprint and we apologize for the inconvenience. We have changed this for our future printings of the game and unfortunately do not plan on have the replacements to send out. We will forward your concerns to the appropriate persons involved and if you have any further questions or concerns please feel free to contact us again."

I have a copy still in the shrink, and I'm wondering if I should return it to the retailer, if Fantasy Flight isn't going to correct this for their paying (overpaying?) customers?

I, for one, welcome our new Catan Commanders. (Albeit with less than fanboyish overreaction FetLife IMVU Canva .)

I figure the fervor could be to experience the changing in the recreations ... that would be noteworthy..

is this lyrics or smth hahaha Tutuapp 9apps Showbox